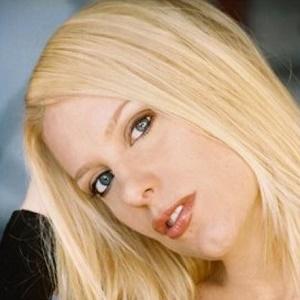 Film actress and filmmaker specializing in character and comedic roles who landed her breakout role as a "scream queen" in the zombie film Infected. She has also appeared in comedy sketches on Talk Soup on E! As a filmmaker, her movie I Married a Czech Boy premiered at the LA Femme Film Festival.

Her earliest performance came in the first grade in a stage production of The Emperor's New Clothes. She was a cheerleader and also a majorette performing in parades all over South-Western Pennsylvania. She graduated with a B.A. in theatre and education from Indiana University of Pennsylvania.

She was a first grade teacher when her desire to be on stage and screen surfaced. She had a chance meeting with actor Benicio Del Toro while he was in Pittsburgh filming a movie, and he encouraged her to follow her dreams of becoming an actress.

She wrote, produced, and starred in the sitcom L.A. Take-out along with her brother Rich Sheldon. Her parents are businessman Richard Sheldon and nurse Carole Sheldon.

She appeared alongside Michael Madsen and William Forsythe in Infected.

Tracey Sheldon Is A Member Of