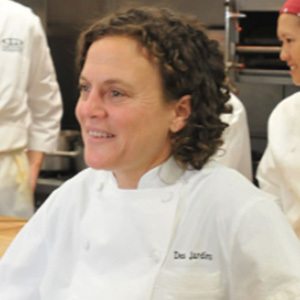 Chef and restaurateur who has served as the owner of the acclaimed French-themed California restaurant Jardinière. She was the runner-up on season three of Top Chef: Masters and later appeared on Iron Chef America and The Next Iron Chef.

She grew up on a farm in Firebaugh, California.

She won James Beard Awards for Rising Star Chef of the Year in 1995 and Best Chef: Pacific in 2007.

Her mother is Mexican and her father is French Acadian.

Traci Des Jardins Is A Member Of