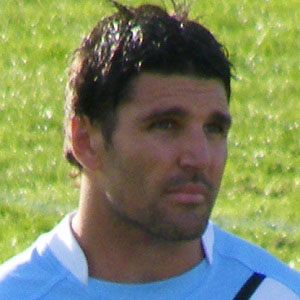 Australian rugby league footballer who was an inaugural member of the St. George Illawarra Dragons and was named to the Illawarra Rugby League Team of the Century. Following his retirement, he became the coach of the Country New South Wales rugby league team.

He began playing for the Australian schoolboys team in 1995 while attending St Gregory's College, Campbelltown.

He led Australia to its ninth Rugby League World Cup title with the help of Matthew Gidley in 2000.

Trent Barrett Is A Member Of