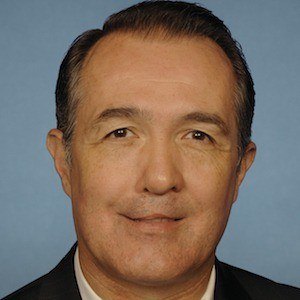 Republican politician who became the U.S. Representative for Arizona's 8th congressional district in 2003.

After high school he bought a drilling rig and moved to Texas and later to Arizona to drill wells.

He is a staunch advocate against online poker and in 2006, he cosponsored the Goodlatte-Leach Internet Gambling Prohibition Act that would prohibit online gambling on a federal level.

He has two children with his wife Josephine.

In 1996 he served as a consultant to conservative activist Pat Buchanan's presidential campaign.

Trent Franks Is A Member Of