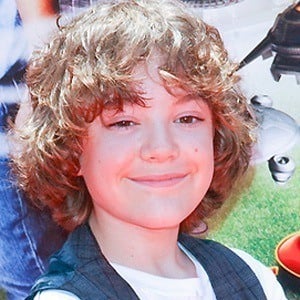 In addition to making his film debut at age six, he appeared in several commercials, including one for Mederma.

As a voiceover actor, he was featured on the Cartoon Network show Happy Monster Band.

Although his was born in California, his family relocated to Raleigh, North Carolina, where he grew up.

Trevor Gagnon Is A Member Of