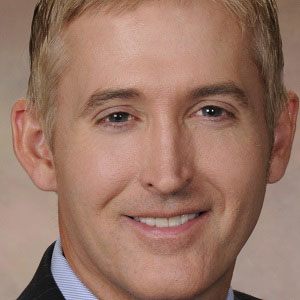 Republican politician and member of the United States House of Representatives. During the 1990s and early 2000s, he served as a prosecutor in the U.S. District Court in South Carolina.

He graduated from Baylor University in 1986 and went on to earn his law degree from the University of South Carolina. He began his legal career as a clerk in the South Carolina Court of Appeals.

A South Carolina native, he was born in Greenville and raised in Spartanburg. His marriage to Terri Dillard produced two children: Abigail and Watson.

While serving in the U.S. House of Representatives, he opposed the debt ceiling bill proposed by fellow Republican congressman John Boehner.

Trey Gowdy Is A Member Of