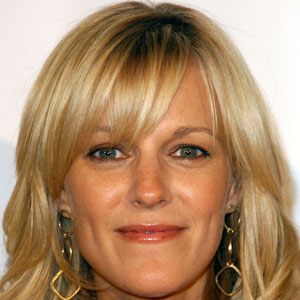 Best known for her portrayal of Sylvia in the 2009 comedy movie Weather Girl and for her performance as Marly Ehrhardt on CBS's The New Adventures of Old Christine, this American screen actress also starred in several Lifetime productions and played a recurring role on ABC Family's The Secret Life of the American Teenager.

Early in her career, she acted in numerous commercials and had guest star roles on such 1990s series as Frasier, The Closer, and Suddenly Susan.

Though a native of Massachusetts, she grew up primarily in La Grange, Illinois, and later attended the University of Wisconsin.

Born Patricia Beth O'Kelley in Melrose, Massachusetts, she later settled in Los Angeles, California, with her husband Adam and her children.

From 2006 until 2010, she costarred with Julia Louis-Dreyfus in The New Adventures of Old Christine.

Tricia O'Kelley Is A Member Of