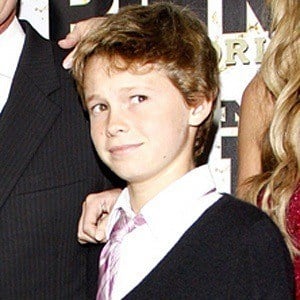 Professional golfer who became known as the eldest son of NHL legend Wayne Gretzky. He has played in the Southern California PGA Junior Tour and took first place at the Arcadia Spring Classic.

He grew up in Los Angeles and attended a Christian school where he was considered to be one of the best Little League baseball players in town.

He made his acting debut in the film Two Tickets to Paradise in 2006.

He was born to parents Wayne Gretzky and Janet Jones and raised with his siblings, Paulina, Emma, Trevor, and Ty Gretzky.

His brother-in-law Dustin Johnson is also a golfer.

Tristan Gretzky Is A Member Of