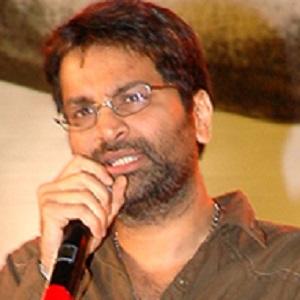 Director and writer of Telugu films who has won Filmfare Awards for Best Director for his work on the films Athadu, and Attarintiki Daredi. He is also a multiple-time winner of the Nandi Award for Best Dialogue Writer.

He studied nuclear physics at Andhra University and worked as a tutor for the children of comedian Gautam Raju.

His 2002 film Athadu was such a big hit that it became the first Telugu film to be released in Poland.

He married a woman named Soujanya, with whom he has children.

Trivikram Srinivas Is A Member Of