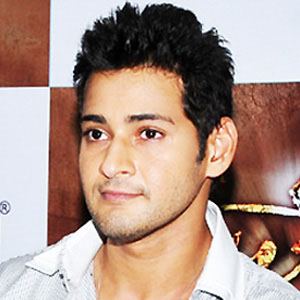 Emerging Telugu film star who had roles in the 2011 film Dookudu and the 2012 film Business Man. He has taken home Best Actor Awards from the Filmfare Awards, the South Indian International Movie Awards, and the CineMAA Awards.

He started his acting career at age four when he appeared in the 1979 film Needa.

He had two children, Gautam and Sitara, with his wife Namrata Shirodkar. He has three siblings.

He co-starred in the 1999 film Raja Kumarudu with Preity Zinta.

Mahesh Babu Is A Member Of