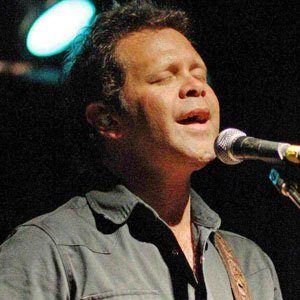 Australian singer and guitarist who won his second ARIA Best Country Album Award in 2009 for I Love This Place. He has released singles like "Dream Out Loud."

He made his first splash in the entertainment industry by winning the competition series Search for a Star in 1986. He had a cameo in the movie Race the Sun.

He earned his first Country Song of the Year nomination for the 2010 single "Big, Big Love."

He had two children, Clay and Jem, with fellow singer Laurel Edwards.

He shared the stage with Kasey Chambers during the 2009 relief concert for the Victorian Bushfire Crisis.

Troy Cassar-Daley Is A Member Of