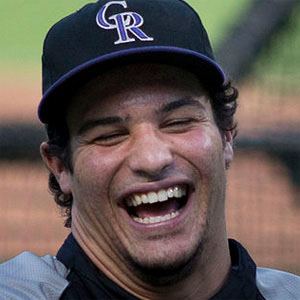 Star third baseman who made his MLB debut in 2013 with the Colorado Rockies. He led the National League in home runs and RBI's in both 2015 and 2016.

He played shortstop at El Toro High School in California.

He joined All-Star first baseman Todd Helton on the Rockies in 2013.

Nolan Arenado Is A Member Of