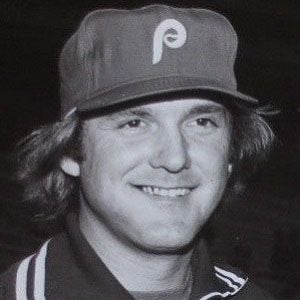 MLB pitcher for nineteen years with the New York Mets and Philadelphia Phillies, and father of country singer Tim McGraw.

He earned his nickname from his unusually aggressive breast feeding behavior as a baby.

He is best remembered for recording the final strikeout against the Kansas City Royals, which resulted in the Phillies winning their first World Series in 1980.

He had his son Tim McGraw with his girlfriend Betty Trimble.

He won the 1980 World Series with the Phillies, and one of their star players was the great Pete Rose.

Frank Tug McGraw Is A Member Of