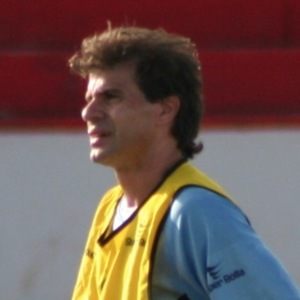 Striker who has won league titles with clubs like Botafogo, Corinthians, Cruzeiro and Goiás Esporte Clube during his multi-decade career. He has set numerous records, including becoming Goiás Esporte Clube's all-time scoring leader.

He joined the youth academy of Goiás, his hometown club, in 1987.

He married a woman named Cristiane. He has children named Marcella, Gabrielle, Christiann, Tulio and Tulliane.

He was teammates with Nelson Dida on the Brazilian national team.

Túlio Maravilha Is A Member Of