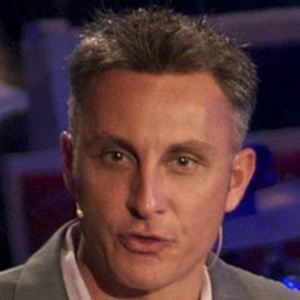 He earned a bachelor's degree in philosophy from Columbia International University in 1997.

He has written numerous books including 2013's One Way Love: Inexhaustible Grace for an Exhausted World and 2015's It Is Finished: 365 Days of Good News.

Evangelist Billy Graham was his grandfather. His parents' names are Gigi and Stephan. He married Stacie Phillips in 2016. His children's names are Genna, Gabe and Nate.

He rose to prominence as a successful religious author like Thomas Woods and Rachel Held Evans.

Tullian Tchividjian Is A Member Of