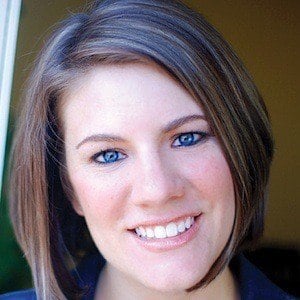 Religious author who is best known for her bibliography of published works. In 2012, her book A Year of Biblical Womanhood: How a Liberated Woman Found Herself Sitting on Her Roof, Covering Her Head, and Calling Her Husband Master was published. It ended the year on the New York Times' E-book nonfiction bestsellers list.

She graduated from Bryan University in 2003 with a Bachelor's of Arts degree in English literature. In 2006, she wrote pro-bono for the Dayton newspaper The Herald-News.

She is a practicing Episcopalian. She appeared on The Today Show in 2012 to promote her book A Year of Biblical Womanhood.

She was raised in Birmingham, Alabama by her parents Peter and Robin. She was married to Dan Evans from 2003 up until her death in 2019.

She appeared alongside Matt Lauer during her interview on The Today Show.

Rachel Held Evans Is A Member Of