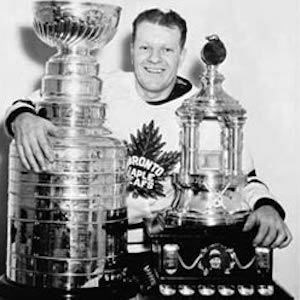 He acquired the name Turk from his high school days, when he was called Turkey Egg for his freckles.

He grew up in the town of Brandon in Manitoba, Canada.

He and Terry Sawchuk were two of the top goaltenders during the middle of the 20th century.

Turk Broda Is A Member Of