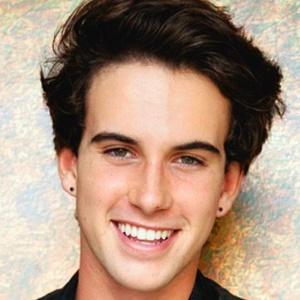 Season 3 contestant on the X Factor USA who also makes covers for YouTube.

He started out as an athlete playing football and running track but then realized his true passion lied with music.

He wrote a song for a holocaust project in high school which ended up being the template project example for the other high school students for years to come.

He was born in Falmouth, Massachusetts and would relocate to San Diego, California. His mother's name is Michelle. He frequently posts photos with his girlfriend on Instagram.

He competed in the season of the X Factor that was won by Alex & Sierra.

Ty Desharnais Is A Member Of