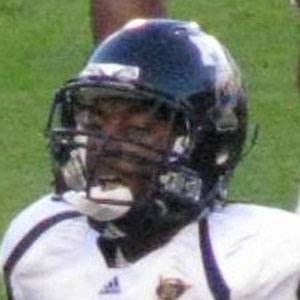 Wide receiver who began his NFL career with the Indianapolis Colts in 2012. In 2016, he led the NFL with 1,448 receiving yards.

He played college football at Florida International University, where he was named Sun Belt Player of the Year in 2010.

He was born Eugene Marquis Hilton to Tyrone and Cora Hilton. He married Shantrell Hilton. He has a daughter named Eugenia and a son named Eugene Jr.

He became a favorite target of quarterback Andrew Luck after joining the Colts in 2012.

T.Y. Hilton Is A Member Of