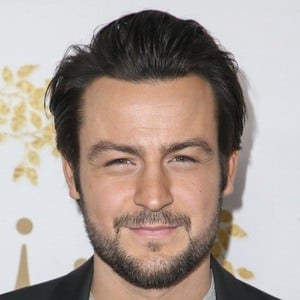 Notable for his recurring roles on the television series Saving Hope (as Luke Reid), 19-2 (as Vince Legare), Amazon (as Will Bauer), and Warehouse 13 (as Joshua Donovan), he is also known for his Hollywood Young Artist Award-winning performance in the made-for-TV movie The Other Me.

When not on screen, he pursued an interest in skateboarding.

He and his brother and artistic collaborator, Brandon Hynes, grew up primarily in Russell, Ontario, Canada.

He and Sebastian Spence were both in the cast of the CBC sitcom Sophie.

Tyler Hynes Is A Member Of