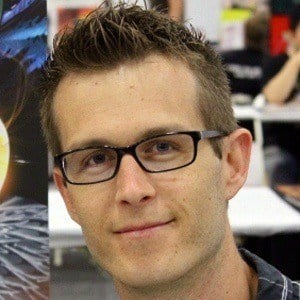 He discovered his passion for comics in the early 90s with Image Comics. His first paid art gig was drawing for a local newspaper.

His work has been featured in magazines and sites including FHM, Wizard, Nintendo Power and Imagine FX.

He was born and raised in Utah and grew up loving art and drawing. He has a son named Indie and a daughter named Lily with his wife Jill.

He and Robert Kirkman are both comic book authors who have worked for the company Marvel.

Tyler Kirkham Is A Member Of