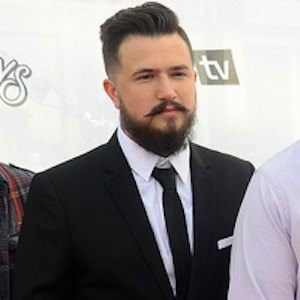 Guitar player and songwriter known for being a founding member of the band Being as an Ocean. He was heavily involved in writing the band's 2012 debut album, Dear G-d.

He and his bandmates were originally in a band called Vanguard before splitting off and forming Being as an Ocean in 2011.

He studied physics and math in college and graduated from UC Berkley in 2012. He has more than 10,000 followers on Instagram.

He grew up in California and has gained attention for his numerous tattoos.

He and Joel Quartuccio have played together in Being as an Ocean.

Tyler Ross Is A Member Of