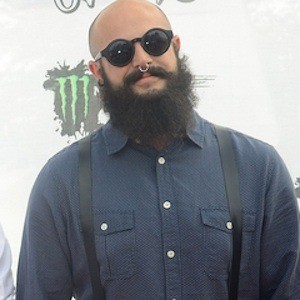 Vocalist and lyricist for the melodic hardcore band Being As An Ocean that became well known for their 2014 album How We Both Wondrously Perish that charted at #57 in the Billboard Top 200.

He would also join a lesser known band called Drown Me.

He performs alongside Ralph Sica in the band Being as an Ocean.

Joel Quartuccio Is A Member Of