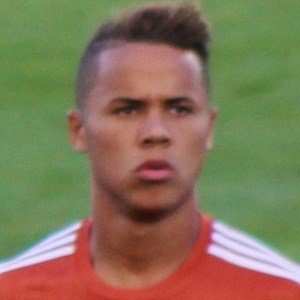 Soccer defender who is known for his time playing in the American Major League Soccer league. He signed a professional contract to play with the Orlando City club in February 2014, which made him the youngest player in the club's history.

He made his MLS regular season debut with Orlando City, SC in March 2015. That same year, he played as a member of the US men's U-23 national team at the Toulon Tournament.

He was born and raised in Milford, Connecticut.

As a member of the Orlando City soccer club, he has played alongside Joe Bendik, who has been the team's goalkeeper.

Tyler Turner Is A Member Of