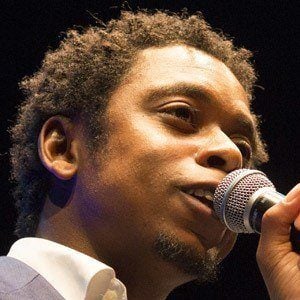 Dutch rapper who has become known to fans for the philosophical topics covered in his lyrics, as heard on songs like "Zo Niet Mij" and "Vlieger." He is the recipient of the Grote Prijs, widely considered to be the most prestigious prize in Dutch hip-hop.

He was raised in the town of Zwolle and began writing his own rhymes at age twelve.

He formed the group Fakkelbrigade with fellow Dutch rappers Rico and Sticks in 2009.

His real name is Glenn de Randamie. He has siblings named Kevin, Earl and Sharon, all of whom are also musicians.

He and Junkie XL are both winners of the Grote Prijs.

Typhoon Is A Member Of