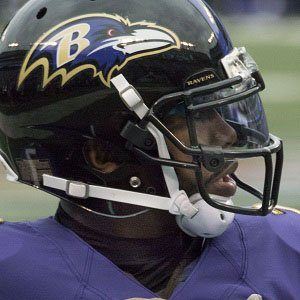 Quarterback known for his dual-threat capabilities. He was the 2010 ACC Player of the Year at Virginia Tech and was a sixth-round pick of the Baltimore Ravens in 2011. He signed with the Buffalo Bills in 2015.

He played quarterback and safety and returned kickoffs and punts at Hampton High School in Virginia.

He was the ACC Championship Game MVP in 2008 as a sophomore, leading the Hokies to victory over Boston College.

He was born to Rodney and Trina Taylor.

He became Joe Flacco's backup on the Ravens in 2011.

Tyrod Taylor Is A Member Of