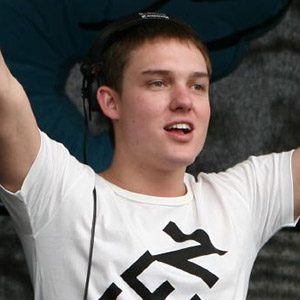 Known for such hit albums as Shooting Stars and Hotel Rooms, this Australian disc jockey, record producer, and songwriter became, at age seventeen, the youngest recipient of the Number 1 Australian DJ honor. He is best known by the stage name of "tyDi."

After graduating from the music technology program at the Queensland Conservatorium of Music, he released a hit debut album titled Look Closer and subsequently earned a best new DJ honor at the International Dance Music Awards.

He grew up with three sisters in Queensland, Australia and became interested in dance music in his early teens.

Several of his singles, including "Glow in the Dark" and "Something About You," feature vocals by Kerli Koiv.

Tyson Illingworth Is A Member Of