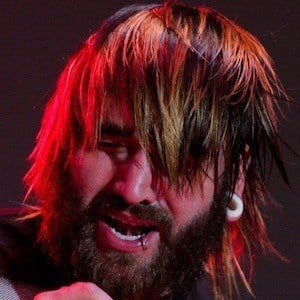 American rock singer who was the lead vocalist, guitarist, and bassist for the band Scary Kids Scaring Kids. He also had a side project called Coma Prevail.

His debut EP with his band Scary Kids Scaring Kids was called After Dark and was recorded while he was still in high school.

His band released their second studio album The City Sleeps in Flames in 2005.

His mother informed the police that she believed he died from a drug overdose in 2014.

He was replaced by singer Craig Mabbitt during his band's 2009 tour.

Tyson Stevens Is A Member Of