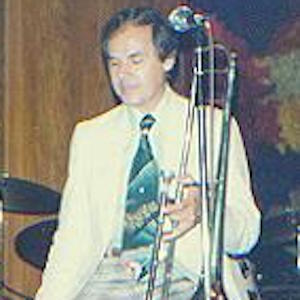 Considered one of the most accomplished jazz trombonists of all time, Green released nearly thirty albums and contributed to close to two hundred other recordings by numerous mid-twentieth-century jazz greats.

As a teenager, he performed with the Tommy Reynolds Band and The Auburn Knights Orchestra.

He led tours for both the Benny Goodman and Tommy Dorsey Orchestras.

He was born and raised in Mobile, Alabama. His first marriage, to Darlein Dietz, resulted in two children named Clifford and James. He had children named Casey and Jesse with his second wife, jazz vocalist Kathy Green.

During the late 1940s, he began performing with jazz drummer Gene Krupa.

Urbie Green Is A Member Of