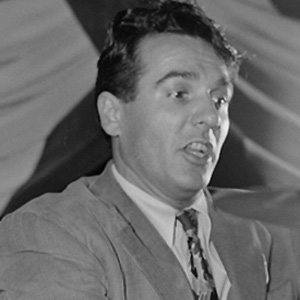 Jazz drummer who worked with many seminal artists, including Tommy Dorsey. He started recording in the late 1920s with Red McKenzie, among others.

He went against his parents' wishes for him to become a priest; he pursued a musical career instead.

His playing has influenced many artists, including John Bonham and Keith Moon.

In the 1930s, he was featured among other artists, including Benny Goodman, in a series of jazz sides recorded for and issued on Columbia Records.

Gene Krupa Is A Member Of