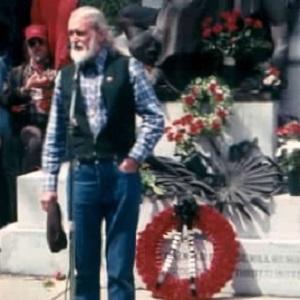 Folk musician known for Goodnight-Loving Trail and Daddy, What's a Train? He was called the Golden Voice of the Great Southwest.

He served in the United States Army for three years where he was influenced by the horrors of post-war Korea.

He was a member of the Industrial Workers of the World and promoted the group in his music.

He was the son of labor organizer Edwin Deroger Phillips and Frances Kathleen Coates.

He was nominated for a Grammy Award for his work with Ani DiFranco.

Utah Phillips Is A Member Of