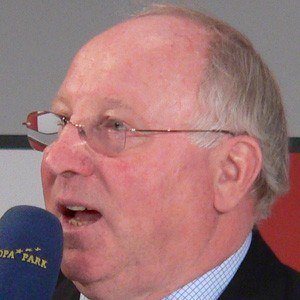 He made his professional debut in a German Cup match, scoring four of his team's eight goals.

His West Germany team came close to winning the World Cup once in its four appearances, but he ultimately never received that championship trophy.

He and Pele became the first two players to score goals in four World Cup tournaments.

Uwe Seeler Is A Member Of