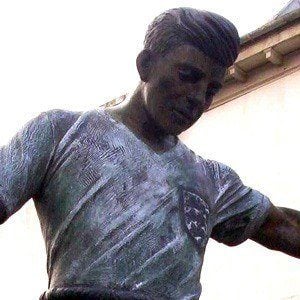 Legend of Manchester United and one of the Busby Babes who perished in the Munich air disaster in 1958.

He and his Manchester United teammates were on the February 1958 British Airways flight that crashed on its attempt to take off from a slick Munich-Riem runway, killing half the people on board.

He grew up in Dudley, Worcestershire.

Manchester teammate Harry Gregg was also on the tragic flight but he was able to survive.

Duncan Edwards Is A Member Of