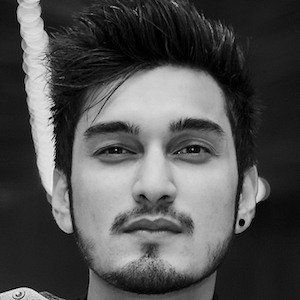 Pakistani/American singer and actor whose music became part of the Bollywood Film Industry in 2015. He played the role of Jimmy in the action movie Jalaibee, one of the highest grossing Pakistani films ever.

His family moved from the US to Pakistan during his childhood, where he began pursuing music at 19.

In 2010, he played himself in the British indie film Slackistan.

He is the brother of Yasir Jawal, director of the film Jalaibee.

Uzair Jaswal Is A Member Of