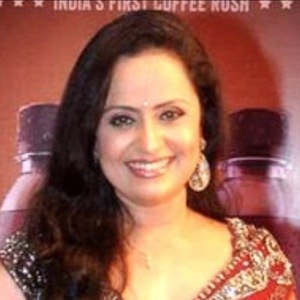 Actress who broke out with her leading role of Geeta Vishwas on the Indian superhero series Shaktimaan. She has gone on to star on shows like Sapne Suhane Ladakpan Ke and in films like Mummy Punjabi (2011).

She was raised as a Hindu and converted to Christianity in the early 90s.

She won Zee Rishtey Awards for her performances on Sapne Suhane Ladakpan Ke and Tashan-e-Ishq.

She married Leslie Macdonald, with whom she has a daughter named Margaret.

She played the mother of Sharman Joshi's character in the film Super Nani (2014).

Vaishnavi Mahant Is A Member Of