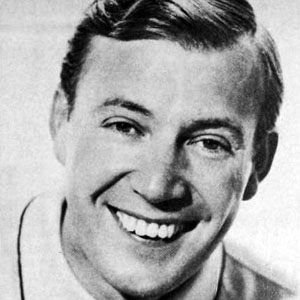 Irish singer who was on The Val Doonican Show from 1965 to 1986. He released hit singles like "Elusive Butterfly," which peaked at #5.

He was a member of the orchestra in the song "The Intro and the Outro" by The Bonzo Dog Doo-Dah Band.

He was born the youngest of eight children to Agnes and John Doonican.

He was surprised by Eamonn Andrews during a game of golf and was the subject of This is Your Life in 1970.

Val Doonican Is A Member Of