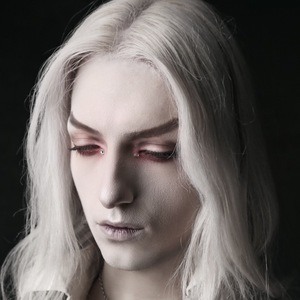 Alternative model who has prided himself on his androgynous, vampiric looks. He has modeled for companies such as Killstar, Punk Rave, The Gothic Shop and Alchemy Gothic, among others. He's also a fashion and costume designer.

As a fashion and costume designer, he began creating ballgowns as early as 13 years old.

He liked the style of the Malfoy-Family in Harry Potter and the Sorcerer's Stone.

He has worked with good friend and photographer Lillian Liu.

Valentin Winter Is A Member Of