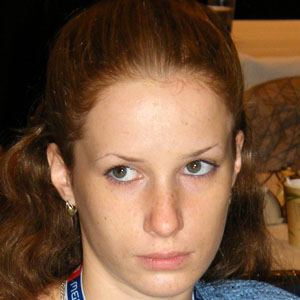 Estonian chess Grandmaster and rising star in the world of women's chess.

She grew up playing chess and was considered a child prodigy.

She is the first World Youth Chess Champion from Estonia but she plays under the Croatian flag as she is not qualified to represent Estonia due to her Russian citizenship.

She was born in Russia but her family is Estonian.

She competes against Judit Polgar in international tournaments.

Valentina Golubenko Is A Member Of