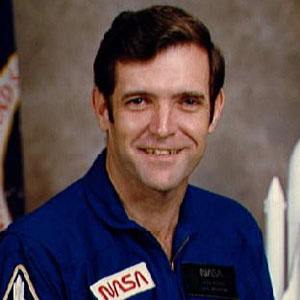 Commanding officer of the Space Shuttle Challenger that exploded during launch in 1986.

He joined the U.S. Air Force in 1957, working as an engine mechanic and spending his off-duty time studying aerospace engineering at San Antonio College.

Selected for NASA's astronaut program in 1978, he completed training in late 1979 and piloted a 1984 mission to space.

He was born in Cle Elum, Washington to Francis William Scobee and Edlynn Miller.

Judith Resnik was his crewmate on the ill-fated Challenger flight.

Francis Scobee Is A Member Of