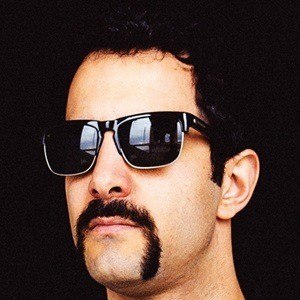 American DJ and electronic dance music producer who is widely recognized for the hit single "Deep Down Low" which hit the number one spot on Billboard's Emerging Twitter Artists chart.

In 2012 he released an official remix of Gent & Jawns' song "Holler" through Mad Decent records.

He performed at the 2017 Electric Daisy Carnival in Las Vegas, Nevada.

In 2014 he released his debut EP In Khan We Trust on Skrillex's OWSLA label.

Valentino Khan Is A Member Of