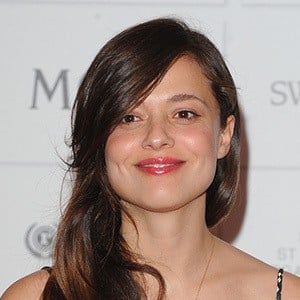 Italian actress and model who is known for appearing in several films, TV shows, and MTV original series as well. She is best recognized for having starred in Happy Family in 2010, the show Sense8 in 2017 and in the MTV series MTV on the Beach from 2001 until 2004.

She first started her career as a model in high school. She then went on to study film in Milan and in 2006 she made her acting debut in the short film Attesa. She made her feature film debut in 2008 when she appeared in Giovanna's Father.

She is known for having won the Best Actress Award at the Festival International du film de Boulogne-Billancourt for her role in the film Happy Family in 2010.

She was born in Sciacca, Sicily, Italy but grew up in Milan.

She starred alongside Aml Ameen and Jamie Clayton in the 2015 Netflix original series Sense8.

Valeria Bilello Is A Member Of