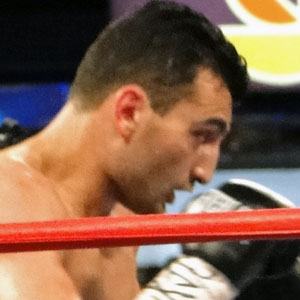 He was pulled out of public school during junior high and was home schooled thereafter.

He earned the nicknamed "Nightmare" after beating many of the nation's top-ranked fighters during the Olympic trials.

His father, Norik Martirosyan, was an Armenian boxer.

Vanes Martirosyan Is A Member Of