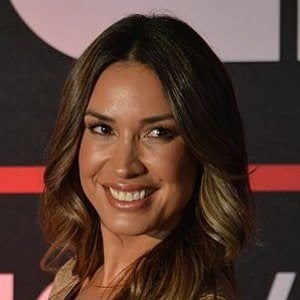 Argentine television presenter and model best known as the host of the Chilean satirical comedy show Morandé con Compañía. She has participated in a number of reality shows, including 1910, and served as a fashion correspondent on shows like Buenos Días a Todos.

She grew up in Pilar, Buenos Aires, Argentina. She was a psychology student at the University of Buenos Aires.

She made her acting debut on the series Teatro en CHV in 2011.

She married Danilo Sturiza in 2012.

She appeared with Mario Horton on the series Peleles.

Vanesa Borghi Is A Member Of