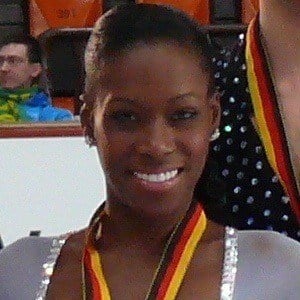 French pair skater who found great success with partner Morgan Ciprès, with whom she has won multiple French national championships. She previously represented France at the 2010 Winter Olympic Games alongside former partner Yannick Bonheur before competing at the Games with Ciprès in 2014.

She was born in the district of Scarborough in Toronto, Canada. She later lived in Bermuda before moving to Virginia in the United States at age 10.

By winning gold at the 2006 British Championships, she became the first person of Black African descent to become a British figure skating champion.

She has a twin sister named Melyssa, who is also a figure skater.

Like Sarah Abitol, she is a French champion in figure skating.

Vanessa James Is A Member Of