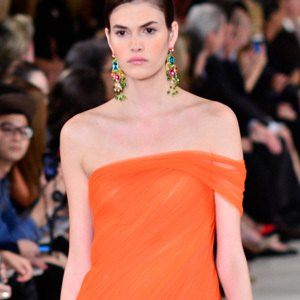 Model who made her debut in the spotlight for an Alexander Wang campaign. She has since appeared in over 50 shows including one for Givenchy. She is popular on Instagram with over 120,000 followers.

She didn't plan to model. She just didn't know what else to do after high school graduation.

She spends a normal day wearing jeans and a sweater. Her beauty routine consists of witch hazel and rose water spray.

She was signed to Women Management after her dad drove her to Dallas for an open call.

She followed in the footsteps of fellow model Anna Ewers, who also had her big modeling breakthrough in an Alexander Wang campaign.

Vanessa Moody Is A Member Of