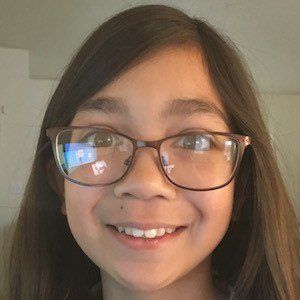 Widely known for her appearances on her family's MelBeezeeTV vlogging YouTube channel. She has gained popularity alongside her family for their travelogues and those concerning all aspects of Disney.

She first appeared on her YouTube channel in its first video posted on September 27, 2012.

Her promotion from 5th grade was documented with a vlog entry in May 2016. Her YouTube channel has amassed more than 50,000 subscribers.

She and Elise of the J House Vlogs YouTube channel are both known for appearing on their respective family blogs.

Vanessa San Antonio Is A Member Of