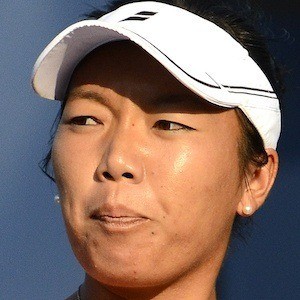 2010 Wimbledon and US Open doubles champion who's established herself in double play over the course of her career, peaking as the number three player in the world in 2011.

She's also made every major tournament in singles play, but hasn't found nearly the same success as in doubles.

She was born to Taiwanese immigrants and has three older brothers, including a brother who had a brief professional tennis career.

She competed with Marcelo Melo in mixed doubles at the 2009 French Open.

Vania King Is A Member Of