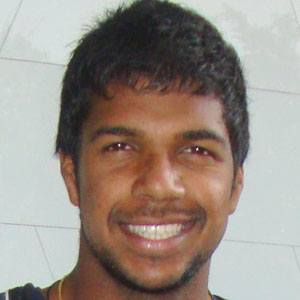 Bowler for domestic teams like the Kolkata Knight Riders and Delhi Daredevils who also played for the Indian T20 and ODI squads.

He was spotted by a talent scout at 15 and became part of the MRF Pace Foundation.

He was part of the India Emerging Players squad that went to Australia in 2011.

He credits his father for breaking into the national team.

He took 1 wicket of England's Alastair Cook, which won the match for India in 2011 ODI's.

Varun Aaron Is A Member Of