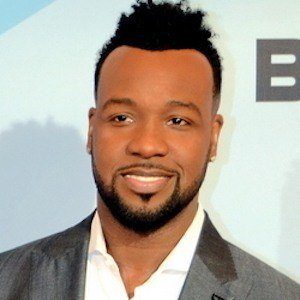 Gospel singer and songwriter who rose to fame after the release of his single "Nobody Greater" in 2011 which spent 9 weeks on the Billboard Gospel song chart. That same year he was nominated for two Grammys at the 53rd Grammy Awards. He has gone on to release more than half a dozen popular gospel albums.

He began his musical career as a teenager at the St. Mark Baptist Church as an assistant musical director. He went on to be the church's Minister of Music.

He is a spokesperson for Big Brothers Big Sisters and has performed with the NAACP.

He created Norman Youth & Arts Foundation in memory of his grandfather. His hometown Harvey, Illinois named the street he grew up on VaShawn Mitchell Street.

VaShawn Mitchell Is A Member Of