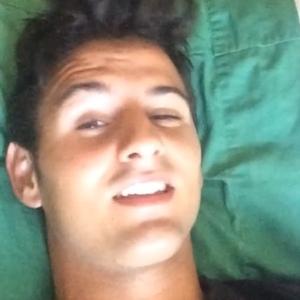 Professional footballer who turned pro when he was 19 years old, he also gained fame on Vine before the app was shut down. He played in the second division Bulgarian league in Bulgaria.

He was influenced to check out Vine after seeing a random Instagram post of someone asking to be followed on Vine. He downloaded the app, thought it was interesting, and began posting videos.

He is a triplet and collaborated with his brother Richard on several of his Vine videos.

He was born in Stara Zagora, Bulgaria and raised in California. He moved to the Unites States when he was two because of the green card lottery. He is a triplet with his brother Richy and his sister Michelle.

Velizar Dimov Is A Member Of